How Much Does CoolSculpting Cost For Love Handles? 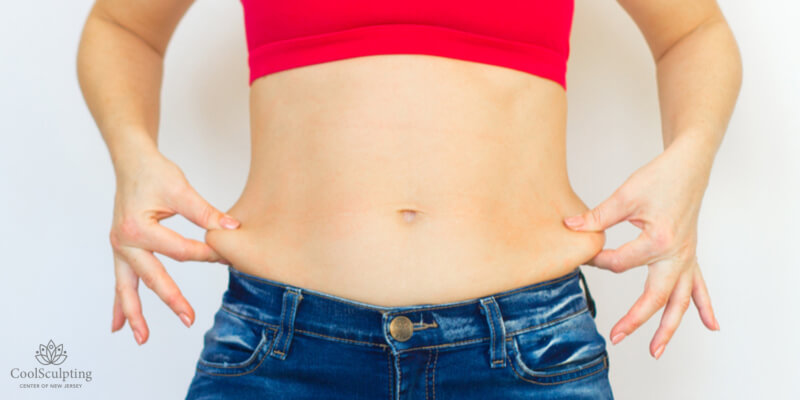 Love handles are some of the most difficult pieces of fat to remove from the hips since they can all too easily blend in with the fat cells on the abdomen and thighs. For most people who don’t want to go to a plastic surgeon or undergo liposuction, a CoolSculpting treatment is their best option.

But how much does CoolSculpting cost for love handles? Because of its proximity to the thigh and abdomen, most treatments will usually start around $1000. If there are any visible fat bulges or unwanted fat near the surrounding tissue, CoolSculpting patients may need more than one session to get it done, which can further add to the costs.

The abdomen and the hips are some of the most difficult areas for a fat reduction since different kinds of fat deposits need to be removed from the area. With this in mind, your average cost of CoolSculpting for love handles will depend on how deep of a fat deposit needs to be removed, the kind of CoolSculpting results you’re looking for overall, and the amount of body around the treated area.

On average, the cost of CoolSculpting for love handles can be around $1000 to $1500 per treatment session, though if there’s particularly stubborn fat around the treatment area you may need two sessions for the fat freezing to work. The exact cost will vary depending on your CoolSculpting provider, though the overall price will still likely be lower than your average liposuction session, which usually starts around $2500 to $3000.

While the cost of a CoolSculpting treatment may start at around $1000, this can go higher or lower based on three factors:

1. The amount of excess fat that needs to be removed

The most significant factor that will affect your total CoolSculpting price is the amount of unwanted fat that you want to be removed from the treatment area. Keep in mind that hip fat can be caused by a variety of different conditions and is close to other fat deposits like belly fat, so you may need a larger treatment area to make sure that all the excess fat gets removed. Because CoolSculpting is primarily a fat reduction method, it won’t do much if you have too much excess fat in the area.

Ideally, it’s someone who is within 20 to 30 pounds of their target weight who can benefit the most from a CoolSculpting treatment. Because of the different body anatomies of each CoolSculpting patient, results will always differ even if the treated area is the same. Ultimately, the final call with how much body fat needs to be removed from the treatment will depend on your dermatologist/CoolSculpting provider.

For belly fat and love handles, a large CoolSculpting applicator is the best, since the hips contain a lot of body fat in the treatment area and the surrounding tissue. It’s still possible to get unwanted fat removed with a small applicator, but you’ll likely need more than one CoolSculpting session to get it done.

3. The results that you want from your CoolSculpting procedure

CoolSculpting works by fat freezing any fat deposit found in the target area, but it’s important to remember that it can only work as a fat reduction method rather than fat removal. More effective methods of removing fat deposits are usually best left to a surgical procedure like liposuction, though it’s considerably more expensive and requires more post-operative recovery and aftercare compared to a CoolSculpting session.

For a CoolSculpting patient looking for visible results, the CoolSculpting treatment really shines with visible fat bulges like love handles. CoolSculpting works as an effective method of body contouring, especially if you’re very close to your target weight and are just looking for that last push to get those curves that you’ve always wanted. While it can be possible to use multiple CoolSculpting procedures to get the body that you want, this approach may be more expensive in the long run and can be vetoed by your dermatologist.

Even if the CoolSculpting price of your treatment can go higher or lower, it’s still a less expensive treatment compared to a surgical procedure like liposuction. It can’t work as an effective substitute for fat removal procedures, but it does have several advantages that make it a more appealing option to patients looking for fat reduction.

Is CoolSculpting For Love Handles And Hips Effective?

But how exactly is CoolSculpting for love handles and hips effective? There are three reasons why you should consider getting a CoolSculpting session over liposuction or another cosmetic procedure to get rid of fat:

The first benefit to going through CoolSculpting is that it requires no incisions, injections, or other methods of getting to the fat deposit and the surrounding tissue. All your CoolSculpting provider needs to do is to run the applicator over the treatment area, and the fat freezing (or cryolipolysis) will do the rest. CoolSculpting patients don’t have to undergo anesthesia, and the procedure can get rid of stubborn fat without any adverse effects on the treated area.

The CoolSculpting machine itself can also make the process easier - a large applicator can work well on a stubborn bulge like love handles since it can target more fat cells without having to affect the surrounding tissue. Because love handles are a type of stubborn fat that can extend beyond the hips to areas like the outer thigh, it's an effective way to get rid of a fat bulge while also allowing for normal activity directly after the procedure.

2. The results are almost permanent

The fat freezing treatment in CoolSculpting targets stubborn fat cells and freezes them in the targeted area, allowing them to drain into the lymphatic system and eventually be expelled as waste. This prevents treated fat cells from returning to the treated area, which ensures that CoolSculpting results are more or less permanent unless the patient gains weight again.

This can be particularly useful for love handles since this type of fat bulge is usually limited to the targeted area and can be removed in a single session. Normally, getting rid of a stubborn bulge doesn't guarantee permanent results, but the treated fat cells in the area are unlikely to come back especially if the patient adjusts their normal activity to include routines like regular exercise.

3. Other treatment areas can be worked on in a single session

CoolSculpting technology can easily treat stubborn fat cells that aren't in the targeted area in the same session, especially if the CoolSculpting machine has a large applicator. For sessions that are primarily focused on body contouring, it's possible to get rid of multiple fat bulge deposits around the body in a single treatment.

It's not uncommon for patients who have love handles to also be treated for inner thigh fat, outer thigh bulges, or other areas where there are stubborn fat cells. Because CoolSculpting results are also permanent, this means that you get more value out of a single session if you get other areas treated.

All these benefits make CoolSculpting an effective cosmetic procedure to help remove any stubborn bulge in the body like love handles. A patient can quickly resume normal activity after the procedure, with the option to go through extra sessions if they need more body contouring.

Is CoolSculpting Preferable To Liposuction For Hips?

Treated fat cells don't come back after a CoolSculpting session unless the patient gains weight - and in these cases, repeat treatments may quickly become more expensive than the initial CoolSculpting price. If the patient needs a more drastic method of fat loss, then CoolSculpting technology may not give them the results that they want.

In these cases, it's better to consult a dermatologist and a plastic surgeon about the best course of action - usually liposuction, though other non-invasive ways of fat loss can be considered as well. If the patient has a condition that doesn't respond well to the initial fat freezing treatment, the outlook is unlikely to improve, even if a large applicator is used.

Liposuction may be a more invasive method of treatment, but if you have too much body fat to remove via CoolSculpting, it may be the best option to make sure that you get to the optimal weight loss required for CoolSculpting technology to work. Because the fat around the love handles is often adjacent to other fat deposits like the outer thigh and the inner thigh, it's a better option to use a more direct fat loss method before using fat freezing treatment.

Can The CoolSculpting Procedure Be Covered By Insurance?

Cometic practices will often offer CoolSculpting promos to first-time CoolSculpting patients, though it may be more common with some practices that implement membership plans. Fat freezing treatments like CoolSculpting have long-term and often permanent results, so your best option for looking for a discounted CoolSculpting procedure is with a provider who can offer a one-time discount or bundle it with other weight loss/fat reduction treatments.

CoolSculpting Or Tummy Tuck: Which Is Cheaper?

A tummy tuck is a fat reduction procedure where the muscles of your abdomen are stitched together to give your stomach a flat appearance. If you have a lot of belly fat around the area, liposuction and other fat removal processes may be used to get rid of excess fat.

On numbers alone, a single CoolSculpting procedure is more affordable than a tummy tuck, with the added benefit of removing unwanted fat without a surgical procedure. Aside from vastly improving the quality of life for a CoolSculpting patient, it also removes the need for other post-procedure aftercare.

Learn more: The Major Differences Between CoolSculpting vs. Tummy Tuck

Love handles and fat around the abdomen can be some of the most difficult fat deposits to remove, but CoolSculpting can help make the process easier, with long-lasting results. At the NJ Center for CoolSculpting, we can give you better fat reduction treatment compared to other procedures like plastic surgery, with prices that are better than any plastic surgeon.

Take the first step towards achieving your ideal body shape with us here at NJ Center for CoolSculpting. Call us at (908) 628-1070 to book an appointment now.