Does CoolSculpting Work on Double Chin? 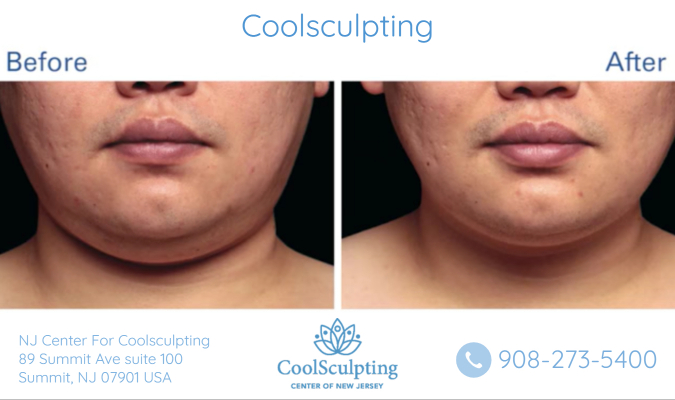 There’s nothing wrong with having a few stubborn fat pockets in the body. But if you’re feeling self-conscious about the small lump of fat under the chin whenever you’re looking at the mirror, it might be a good idea to consider non-surgical fat reduction treatments like CoolSculpting.

So is CoolSculpting effective in eliminating the double chin? CoolSculpting is an effective fat reduction treatment that works in different areas of the body including the chin. It freezes the stubborn fat and allows the body to get rid of the destroyed adipose cells naturally.

Is it Possible to Get Rid of Double Chin with CoolSculpting?

As society is slowly erasing the negative stigma about cosmetic surgeries and treatments, more people are becoming interested in trying out different procedures to improve their appearance. One good example of this is the rise of non-invasive fat reduction treatments as recorded by the American Society of Plastic Surgeons. According to their 2019 report, there was a total of 386,557 non-invasive fat reduction procedures performed in the US.

The double chin is one of the most common problem areas that many patients want to treat. Since the muscles in this area are constantly moving, the skin tends to sag over time. Stubborn fat cells also develop in the chin area most of the time. The worst part is that diet and exercise are not enough to eliminate the pesky fat under the chin. To achieve a sculpted chin and sharp jawline, it’s better to consider getting fat reduction treatments like CoolSculpting.

How CoolSculpting Works to Remove Excess Fat in the Chin Area

CoolSculpting utilizes “cryolipolysis” to get rid of the fat cells in the treatment area. This process refers to the use of extremely cold temperatures to freeze the fat cell. The body eventually flushes out the destroyed fat cells naturally, so patients won’t need to worry about them returning to the treated areas.

When used for eliminating the fat cells in the treatment area, CoolSculpting uses a special device called CoolMini. This applicator is designed for smaller and hard-to-reach treatment areas. It perfectly fits under the patient’s chin to freeze the submental fat properly.

Am I a Candidate for Double Chin CoolSculpting?

CoolSculpting Mini is an effective fat-freezing treatment introduced by Allergan. It targets the stubborn fat cells under the skin for a more sculpted look. This procedure is the best option for patients with a small to moderate amount of fat under their chin, but who don’t want to undergo surgical fat removal procedures.

The patient also has to be generally healthy and have a current weight that’s close to their ideal weight. People who have small chins might find it hard to fit the device under their neck. If this is the case, it might be better to find other fat reduction treatments that work for them.

The CoolSculpting Procedure for Double Chin

Since the treatment is only non-invasive, patients are not required to follow a long list of prep instructions by the physician. Here’s a detailed breakdown of what goes on during a double chin CoolSculpting procedure:

1. The device is applied to the treatment area

CoolSculpting patients are usually asked to lie down when treating the thighs, arms, or abdomen. But for double chin treatments, patients are asked to sit upright so that the applicator fits perfectly.

Before the procedure begins, the CoolSculpting technician applies the gel pad to the treatment site first. This step is important because the gel pad keeps the skin safe throughout the treatment. The applicator is then placed under the chin.

Depending on the size of the treatment area, the technician might use up to two applicators per session. Patients might feel a mild tugging or pulling sensation on their skin while the device is placed on the treatment area.

Patients feel intense cold in the treatment area once the machine is turned on. This might be uncomfortable at first, but the skin eventually becomes numb after a few minutes. Patients relax during the treatment; they’re even encouraged to bring a book or scroll through their phone while waiting for the procedure to finish.

3. The treatment area is massaged

Once the fat-freezing is done and the applicator is removed, the technician starts to massage the treatment area. Many patients might find this awkward and uncomfortable, but massaging the submental fat is an important step because it helps break down the fat cells. This step improves the results of CoolSculpting treatments by up to 60% and prevents the development of serious side effects.

How Long Do CoolSculpting Treatments Last?

The results of CoolSculpting treatments usually take a few weeks to show. The body needs more time to break down the fat cells and flush them out. CoolSculpting for double chin requires up to two treatment sessions that are done about four weeks apart.

The fat cells eliminated from the body after the CoolSculpting treatment are permanently gone and won’t return. However, the body might still develop new fat cells even in the treated areas if the patient gains weight. It’s important to stick to a healthy lifestyle, diet, and exercise to ensure that the results of CoolSculpting last for several years.

Other Fat Removal Choices for the Chin

Although CoolSculpting is a generally safe treatment, this fat reduction treatment might not be the best choice for everyone. If you’re not qualified for a CoolSculpting treatment, there are other options to get rid of the pesky submental fat, such as:

Kybella is a fat-melting injectable made of deoxycholic acid that kills fat cells in the submental area. The chemical is injected into multiple areas of the chin for optimal results. Kybella works by dissolving the outer membrane of the fat cells to pour out its contents. The dead adipose cells are eventually metabolized by the body.

Liposuction is a great option for anyone who wants to see dramatic results. It’s a surgical procedure that involves using a cannula to extract the fat from the submental area. However, the biggest downside to chin lipo is its long downtime. Chin lipo also has a few side effects like uneven fat removal and poor skin elasticity.

Sculpted Chin and Jawline with CoolSculpting

Want a sculpted chin and jawline without the risks of a surgical procedure? CoolSculpting is the best non-invasive treatment that eliminates the pesky submental fat safely and effectively. Make sure to have this treatment performed by a licensed and certified aesthetician to achieve optimal results.

At NJ Center for CoolSculpting, we provide high-quality CoolSculpting treatments for our clients. Our highly trained staff are experienced in performing the best aesthetic treatments using state-of-the-art equipment and facilities. Call us now at (908) 628-1070 to book an appointment.

Read more: The Major Differences Between CoolSculpting vs. Tummy Tuck