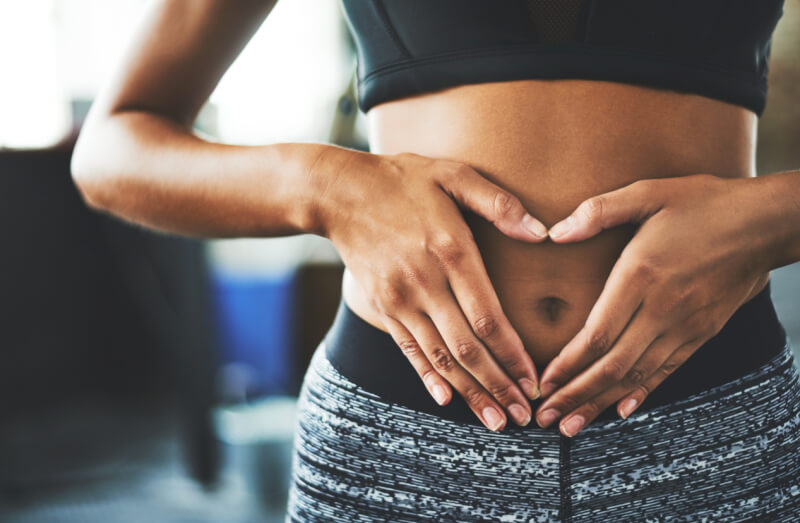 Fat deposits are an essential element of your overall health and beauty concept. A uniform body fat distribution can smooth out your lines. When your body stores excess fat in some unsightly target areas, the result can be a bother to most people. Here’s where the CoolSculpting procedure comes to the rescue. It’s a non-invasive procedure, allowing you to enjoy results similar to those of a fat removal surgical procedure such as tummy tuck or liposuction but with none of the discomfort or downtime.

So is stomach fat permanently lost after CoolSculpting? Yes, CoolSculpting stomach treatment is clinically proven to produce permanent results. Once the fat cells that were treated are frozen through the process of cryolipolysis, they die. Our body's natural reaction to this is to remove these dead fat cells through its natural elimination process. Once the number of fat cells is reduced, no fat cells will take their place, resulting in a long-term reduction of stubborn fat, especially in the lower abdomen.

How CoolSculpting Freezes Away Fat

Cryolipolysis is a scientific procedure behind CoolSculpting, which is one of the most popular non-invasive fat reduction treatments. Essentially, Cryolipolysis is the reduction of fat cells via fat freezing. Cryolipolysis is shown to decrease resistant fat deposits that can’t be dealt with through exercise and diet. The results of the CoolSculpting procedure are natural-looking and long-term, which provides a solution for subcutaneous and visceral fat problem areas, like belly fat.

Is Fat Permanently Lost After CoolSculpting?

With CoolSculpting does stomach lose fat last? Yes, fat cells killed by CoolSculpting are permanently removed as the adult body is unable to create new fat cells. Removed fat cells won’t be able to regrow, and the body won’t replace them with new fat cells. When we reach our early 20s, the number of fat cells within our body becomes fixed. The appearance of weight gain in adults isn’t caused by the existence of new fat cells, but rather the expansion of existing cells.

A CoolSculpting applicator is used to isolate an area of fat and expose it to precisely controlled temperatures that are cold enough for fat freezing the layer of subcutaneous fat but not cold enough to actually freeze the overlying tissue. These targeted fat cells then crystallize and that causes the cell membrane to split, eventually leading to fat cell death.

Destroying the actual fat cells means they can no longer store unwanted fat. It also signals the body's lymphatic system, telling it to collect the destroyed cells. This natural process takes place over several weeks and culminates once the dead fat cells leave the body as waste.

Read more: How Many CoolSculpting Vacuums for Stomach Are Needed?

Can Stomach Fat Grow Back?

Each of us is genetically predetermined to increase or decrease fat volume differently. Men tend to be like "apples" with fat growth around the organs of the tummy. On the other hand, women tend to become "pears" with fat growth in the hips and thighs, but there’s quite a variation among different people. These fat cells can shrink or grow when we lose or gain weight. We always have the same amount of fat cells regardless of our weight unless they’re permanently removed with a procedure such as CoolSculpting, plastic surgery, or liposuction. These particular fat cells wouldn’t grow back. However, if you gain weight after a procedure like CoolSculpting or liposuction, your other fat cells will grow in size.

The areas where you have a fat reduction procedure are some of the last to gain weight. Other areas in the body that naturally don't have many fat cells, such as around the knees, are also areas that will fill in last. Even though the fat cells that received CoolSculpting wouldn’t grow back, they can still have pinchable fat in the area. The fat cells in the surrounding region can grow in size and edge into the area where CoolSculpting was performed. One usually has to gain a considerable amount of weight for this to be possible.

How Much Fat Can CoolSculpting Remove?

On average, patients can expect about a 20% to 25% reduction in fat cells in the treated area after one CoolSculpting session. The 20% to 25% stomach fat loss can significantly slim and contour your waist and abdominal region. A lot of patients lose several inches from their waistline when their recommended treatment plan is completed.

Even though the fat cells in the targeted region are frozen to the point of death during the procedure, they’re not suctioned out. They’ll stay in your body for one to three months as your lymphatic system flushes them out as the waste that they are. Therefore, if you have just one treatment session, you should expect to lose less than a pound per month for around three months.

What Other Areas Can I Treat With CoolSculpting?

While a CoolSculpting treatment is one of the most popular procedures, this treatment is able to noticeably reduce unwanted fat in multiple areas.

Aside from the abdomen, fat will likely accumulate on the hips and buttocks. This can lead to love handles or saddlebags, which are virtually impossible to get rid of with diet or exercise. With a CoolSculpting treatment plan, you can say goodbye to these stubborn areas of fat and hello to a sleeker, smoother silhouette.

3. Underarms, Chest, and Back

Small pockets of fat can cause rolls under the arms, around the breasts, and on the back. These areas can take a toll on your self-esteem and can be hard to target with exercise. A CoolSculpting treatment plan can work on these fat deposits together, smoothing the skin and reducing the fat volume to minimize the areas.

Fat can sit under the chin and create a double-chin effect or an undefined jawline. CoolSculpting can expertly treat these noticeable areas, giving you an attractive facial profile and reducing fat on the neck, under the chin, and around the jawline.

How Long Can CoolSculpting Results Last?

As discussed above, fat cells are destroyed permanently through cryolipolysis. Technically, this means that the CoolSculpting results can be considered long-lasting. However, it’s important that patients understand that new fat cells can be generated after some time, while neighboring fat cells can become enlarged with pregnancy, weight gain, or aging. Due to this, patients must maintain a healthy, stable weight to preserve their CoolSculpting results for as long as possible.

How to Maintain CoolSculpting Results

To maintain and preserve your CoolSculpting results for as long as possible, one of the most critical things you can do is to avoid subsequent weight gain. Gaining weight after the CoolSculpting treatment can cause fat cells to grow and prompt the generation of new fat cells.

So to maintain the results of CoolSculpting in the long run, patients should maintain their post-treatment body weight. For example, if a patient weighed 150 pounds prior to their procedure and their weight dropped by 5 pounds after CoolSculpting, the results of the procedure will continue to be apparent if the patient maintains their weight at or below 145 pounds. Patients must prioritize maintaining their post-treatment weight by eating healthy, drinking lots of water, and exercising regularly. This prevents fat cells that remained in the treatment area from enlarging.

Regular exercise isn’t just very beneficial to your physical and mental health, but it can also burn fat, allowing you to enhance and accelerate your CoolSculpting results. All that you do related to exercise after your CoolSculpting treatment will help you in achieving the best results from your treatment. Another great way to maximize your CoolSculpting body contouring treatment is to maintain a healthy diet. Avoid foods that may be fried, processed, or high in starch and sugar content and focus on consuming more fruits, vegetables, protein, and whole grains.

Lastly, to ensure the maximum results you can get with CoolSculpting, your doctor may recommend some additional sessions depending on the patient's goal. A lot of patients have such positive and amazing results with their first treatment that a second may not be necessary. However, take note that some areas may need additional treatment to get maximum results. Patients are usually so pleased with the results from their first treatment that they return to us for treatments in other areas.

Say goodbye to your stubborn fat deposits and abdominal fat in other areas of your body in a matter of months.

To learn more about the transformation you could see with the body sculpting treatment CoolSculpting, schedule an initial consultation today at NJ Center for CoolSculpting.