Does CoolSculpting Cause Uneven Stomach 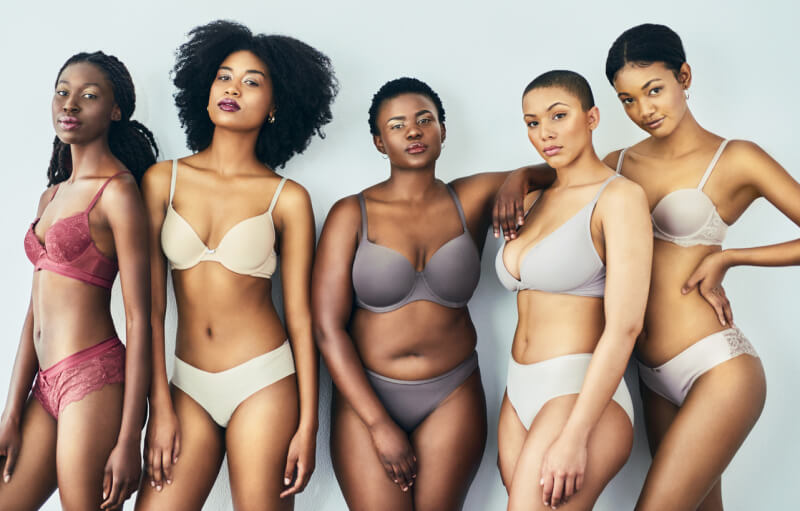 Non-surgical procedures to get rid of fat are increasingly becoming popular and showing no signs of letting up. Between 2016 and 2017 alone, fat reduction techniques such as CoolSculpting have increased 7%, according to the American Society of Plastic Surgeons. In the same period, procedures for temporary removal of cellulite rose 19%. This is why it’s not surprising that more and more people are signing up for CoolSculpting treatments and many will confirm its safety and effectiveness. It's a great alternative as fat reduction treatments for those who don't want to undergo surgical procedures such as the tummy tuck. But there are certain concerns such as reports that CoolSculpting can make your stomach look uneven.

So does CoolSculpting cause uneven stomach? One can have uneven results, not just in the stomach but in other parts as well, after a CoolSculpting treatment, but more often than not, it’s a temporary condition that is normal as you go through the inflammatory period after your period. The uneven appearance and other irregularities should disappear afterward, as your body adjusts to the effects of the treatment and goes back to normal.

Why People Get CoolSculpting for the Stomach

Despite certain side effects that naturally occur after treatment, more patients are signing up for CoolSculpting treatments, either as first-timers or repeat customers. It’s because generally, CoolSculpting is a safe and effective non-invasive procedure for getting rid of those pockets of fat that stubbornly cling to your body despite diet and exercise efforts. CoolSculpting targets bunches of fat cell and freezes them in order to remove them from your body permanently. This is a process called Cryolipolysis, also referred to as fat freezing. It’s FDA-approved and requires absolutely no surgery.

For a lot of people, fat loss has always been a struggle. This applies not just to obese people, but also those who are near their ideal weight but still has those extra jiggly fat that can’t be eliminated no matter how hard they diet or exercise. This can be very frustrating, hence the need to look for belly fat removal procedures. There are popular procedures such as liposuction, but since it’s surgical, not all are keen to sign up for it. CoolSculpting and other non-invasive treatments are the perfect alternative then for people who want to lose the extra fat but would rather not go through the hassles of cosmetic surgery, such as incisions, anesthesia, and long recovery time.

Why Your Abdomen Retains Fat

Having a beer belly is one of the most common cosmetic complaints. There are several factors why a person tends to have unwanted fat around the abdomen. Genetics is a major factor. If obesity runs in the family, it shouldn’t be a surprise if you’re prone to gaining weight and getting fat not just in the stomach but in other parts of your body as well. Lifestyle is also a contributor. If you’re mostly sedentary, indulges in vices, and have poor eating habits, having belly fat is almost a certainty.

But even those who work really hard to control weight gain and focus on their diet and fitness can still have unwanted fat in certain areas of their body. It’s not surprising to still have some level of belly fat even if you watch what you eat and go to the gym regularly.

Who is a Good Candidate for CoolSculpting

CoolSculpting will benefit people who are already close to their ideal weight who just need to lose the jiggly fats that cling stubbornly to certain areas of the body. You may have already achieved your target weight, but you still have body fat deposits remaining in your stomach, thighs, and arms. CoolSculpting is the ultimate solution for this problem. Your doctor will assess your current body weight and body mass index and tell you if you’re already qualified for a CoolSculpting procedure.

It’s important to emphasize that CoolSculpting is not a weight loss treatment. People who are obese or way above their ideal weight should lose the extra pounds first before they can qualify for the treatment. Doctors would usually advise that you lose weight until you’re only 10-20 pounds above your target weight. For the stomach, you have to lose the visceral fat, not just aesthetic purposes, but also for health reasons. CoolSculpting also requires that you have a minimum weight level before you go for treatment. You need enough fat in the treatment area for the CoolSculpting tool to grab onto or else you won’t benefit so much from it.

How CoolSculpting Works for the Abdomen

CoolSculpting ideally targets subcutaneous fat, or what's referred to as “pinchable” belly fat. Excess fat can accumulate in the abdomen for many different reasons, from genetics to lifestyle choices, such as food and activity levels. CoolSculpting for belly fat is a body contouring procedure that delivers visible reduction in fat cells with each round of sculpting. You can expect to lose an average of 20-25 percent of fat per session.

CoolSculpting is not a recommended weight loss program for those who are obese or overweight. In this treatment, you are expected to lose inches, not pounds. The procedure is specifically designed for people who are within five to 35 pounds of their ideal/target weight and want to totally eliminate stubborn fat.

With CoolSculpting, you can spot reduce the fatty tissue in your upper abdomen and lower abdomen. You can also go for a 360-degree approach during your consultation, which will be discussed as your doctor develops your treatment plan. CoolSculpting can also safely and effectively treat back fat and other areas, as long as you're medically cleared by your doctor.

Naturally, you would want to know how many rounds of CoolSculpting you will need to get the results that you want. The treatments are customized to meet your anatomy and your target results. You can expect around 20-25% reduction per session. A lot of patients go through two to three rounds before they see the CoolSculpting results that they want.

Read more: How Many CoolSculpting Vacuums for Stomach Are Needed?

What to Expect After CoolSculpting Treatment

The results for CoolSculpting are meant to be permanent except for the stomach area, which may require additional two or more sessions to get the effects that you want. Your doctor will decide how many sessions it will take to remove the fat layer in your particular problem area. CoolSculpting completely removes the fat cells instead of just shrinking them down, which is what traditional fat loss methods do. On average, CoolSculpting treatments eventually reduce around 20 percent of the fat in the treated area. In some cases, the reductions can go as high as 40 percent, although this likely occurs in smaller treatment areas such as the arms.

Uneven Stomach and Other Side Effects

Just like other cosmetic procedures, surgical or non-surgical, CoolSculpting and other fat reduction treatments come with its own set of risks and side effects. However, these are usually normal and temporary. Because your body goes through the rigorous functions of the tools involved, it’s a given to feel at least tolerable pain and discomfort during and after the procedure.

Some patients report having uneven-looking stomachs or lumpiness after their CoolSculpting treatment, which doctors confirm is a temporary state that comes with the healing process. If you’re experiencing this, it’s most likely due to the swelling caused by the treatment. Since your body’s still removing fat cells around four to six months after treatment, it’s normal to see effects such as this one. Your stomach will eventually even out as your body heals and recuperates. In some cases, it will take another round of treatment to adjust the unevenness.

There are other factors that contribute to the unevenness of the stomach after CoolSculpting. There may be possible asymmetry that was not noticed before the procedure or it can occur if the patient has scoliosis. It’s also possible that one side of the body reacts better to the fat-sucking functions of the CoolSculpting applicator. This can be fixed later on.

Of course, one can’t dismiss the possibility of professional error. Uneven results can occur because the technician may not have used the applicator correctly or the doctor has not assessed your problems right away. This is why it’s crucial that you seek only licensed professionals for your CoolSculpting cosmetic procedure in order to avoid complications such as paradoxical adipose hyperplasia.

Since CoolSculpting has become a popular treatment, you may encounter a professional claiming to be a CoolSculpting specialist and offering services at lower fees. While it’s perfectly reasonable to shop for competitive rates, you should remember that it’s better to pay a little more for a board-certified professional who has hospital privileges and working for a reputable facility.

Do you want to lose stubborn fat deposits without having to resort to plastic surgery? When it comes to CoolSculpting professionals you can trust, you can’t do better than the team at NJ Center for CoolSculpting. They are committed to providing clients with the safest, most effective customized aesthetic procedures and utilizing the latest advances in non-invasive cosmetic treatments and technologies.

We offer non surgical procedure alternatives to address problem areas such as outer and inner thigh, loose skin or excess skin, arms, breasts, and buttocks. If Botox and dermal filler can't fix your target areas, we have the solution for them. Call now and let a representative assist you in scheduling an appointment with one of their talented specialists.