How Much Does A CoolSculpting Machine Cost? 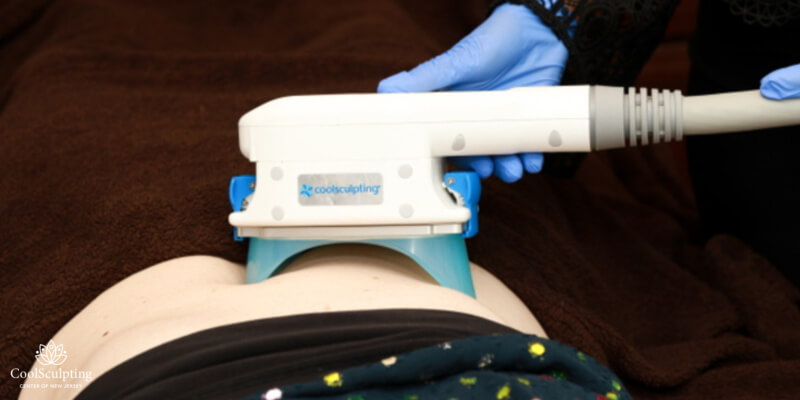 The first thing that you should keep in mind about CoolSculpting cost is that the CoolSculpting applicator isn't the only thing you're paying for. Even if you have the money to get a cryolipolysis machine, this still doesn't account for the expertise and training needed to do the CoolSculpting procedure correctly.

A cryolipolysis fat freezing machine will usually cost around $3000 to $5000 by itself, with a large CoolSculpting applicator going even higher. A large applicator can usually remove most of the fat layer more efficiently from areas like the abdomen and the inner thigh since it can better cover the fat bulge in the surrounding tissue. This equipment will usually account for half of the normal CoolSculpting cost.

The other half can be attributed to the training required to use the fat freezing machine. While it's an effective method of fat reduction, not fat removal - using a fat freezer on the skin to remove unwanted fat requires an intimate knowledge of the treatment area. Because each patient's fat deposit will differ depending on their bodily anatomy, CoolSculpting results can differ drastically from patient to patient.

The cryolipolysis fat freezing machine can't be used by a patient on a whim - it takes the skill of an experienced and trained CoolSculpting provider to ensure that it works as intended in the treatment area. Fat freezing treatment is a cosmetic procedure that can work great on tightening skin and slimming down the fat layer, but it still requires medical knowledge of where the fat deposit is, how to precisely use the applicator on the treatment area, and overall adjust the CoolSculpting machine to remove most of the stubborn fat.

Compared to the $1000 to $2000 CoolSculpting price of getting the cosmetic procedure done by a professional, it's just more preferable in the long run to get the CoolSculpting procedure done in a clinic. Not only does this remove stubborn fat via effective use of controlled cooling with a fat freezer, but this also improves your overall Coolsculpting results on the treated area.

Should You Buy Your Own CoolSculpting Machine?

While a small applicator can work better with some treatment areas, a large applicator can often be swapped out with a different applicator handle for easier fat removal while still keeping the controlled cooling required to trim down unwanted fat on the surrounding tissue. Because the treated area doesn't really benefit from a smaller amount of controlled cooling, a large CoolSculpting applicator is still the ideal method to use on a fat layer.

The fat freezing treatment is less effective when using a small applicator since it can't reach the fat deposit underneath the skin, especially if there's a significant fat bulge in the way. Even if the cosmetic procedure manages to remove any excess fat, it will require more time and effort to work on the surrounding tissue compared to a large applicator. This can be an issue if the fat bulge is in a large area like the inner thigh or the abdomen.

Learn more: Can You Freeze Your Fat At Home?

Other Benefits Of Getting The CoolSculpting Procedure Done In-Clinic

So far, the CoolSculpting price of an in-clinic treatment is vastly lower than getting a CoolSculpting machine of your own - but what are the other benefits that you can enjoy with professional CoolSculpting treatment? Here are a few:

Because your CoolSculpting provider already has the knowledge and the experience with using the fat freezer technology to its full potential, you spend less time overall getting excess fat removed from the treated area. Fat tissue and stubborn bulges can be difficult to target by yourself, and while you may be able to replicate the results on your own, you'll never be able to remove as much body fat in less time.

Less time also frees up the possibility of combining the removal of excess fat with skin rejuvenation treatments like Botox or dermal fillers. When removing stubborn bulges and unwanted fat in areas like the upper arm, the skin can often sag and loosen after the treatment. Using dermal fillers is a great way to address this issue, though you should be careful to consult with a dermatologist for the exact type of dermal fillers you can use.

2. Can work on almost every type of body fat

One of the difficulties with using the fat freezing treatment is that the results will often vary depending on where the fat tissue is concentrated in the body. Areas like the abdomen and inner thigh often have the highest concentration of stubborn bulges, which means that you need a large applicator to take care of these areas.

Upper arm fat and double chin fat on the other hand are close to muscle groups in the arm and face, so they're often tricky areas to remove fat from, even if liposuction is involved. However, proper use of the fat freezing machine can allow your CoolSculpting provider to precisely and easily remove excess fat from the area, cutting down the fat layers without taking away the essential fat near the muscles.

Because the fat cell composition and fat deposit in each body differ from one another, a patient will have different CoolSculpting results compared to other patients, even if they have similar body types. While fat freezing itself can work by removing stubborn and unwanted fat, the exact contours and curves that fit each patient is still something that needs to be decided by the dermatologist.

That’s why having a professional CoolSculpting appointment is the key to better and guaranteed CoolSculpting results – it’s difficult to establish what kind of contours will fit you if you decide by yourself. In most cases, fat in the surrounding tissue can be difficult to isolate and remove if the person using the CoolSculpting machine doesn’t have detailed knowledge of the patient’s anatomy. Dermatologists are trained with both familiarizing themselves with the patient’s anatomy and the use of the CoolSculpting applicator, which can help lead to better results overall.

Getting your CoolSculpting treatment done by a professional ensures the quality, longevity, and efficacy of your results long after you’ve left the clinic. Aside from not having to worry about equipment maintenance, training, and upkeep, the upfront costs of CoolSculpting pay off with the permanent results that you get.

Other Things To Consider About CoolSculpting Costs

So far, we’ve established that CoolSculpting costs are primarily concentrated in the CoolSculpting machine and the skill of the applicator – but that’s not all that a patient has to keep in mind when they’re considering a CoolSculpting procedure. Here are three other things that they need to remember about the price of CoolSculpting:

1. The location of the CoolSculpting treatment

Because fat freezing works on the treated area alone (it doesn’t encourage fat loss in the surrounding tissue), the bigger the treatment area is, the higher the overall CoolSculpting price will be. This is why it’s essential to establish where exactly does the patient needs CoolSculpting done – areas like the inner thigh, abdomen, and legs may cost much more than removing a double chin or sculpting the upper arm.

The results of the treatment can also vary depending on where the fat deposit is. Fat bulges will often differ in composition and thickness, which can affect how large or widespread the fat deposits are in the body. The wider the location, the more fat needs to be frozen, which means a longer time using the CoolSculpting applicator.

2. Not covered by medical insurance

CoolSculpting is a fat reduction and not a fat loss procedure, which means that medical insurance isn’t likely to cover it. If you’re looking to get financial aid for CoolSculpting treatments, your best option would be finding a CoolSculpting provider that offers discounts or promos on their treatments. Since the CoolSculpting process has permanent results (unless the patient gains weight again), most clinics will usually bundle in other services or repeat treatments for you to use.

If you’re looking for a more effective way for weight loss, CoolSculpting alone may not be enough. Depending on how large the fat deposit is (or the underlying cause for fat cell growth), your medical insurance may recommend that you get another procedure like liposuction to directly remove the fat. CoolSculpting can be combined with liposuction, though you will need approval from your dermatologist about the timing of these two procedures together.

While CoolSculpting is a minimally-invasive way of fat freezing and fat reduction, there are instances where you may need extra work done on skin rejuvenation or skin tightening therapies to match the new contours of the treated area with the rest of your body. The most common procedure usually performed are injectables like Botox or dermal fillers, though other body sculpting ways can also be used depending on the treatment area.

It’s important to remember that the average cost of a CoolSculpting session will still be cheaper than getting a CoolSculpting machine since the results are usually permanent unless the patient regains weight in the treated area. So if you already have a routine and a lifestyle that can work with mild-to-moderate fat reduction, your overall costs for CoolSculpting will be much lower.

If you’re looking for a way to cut costs on fat reduction and don’t want to go to a plastic surgeon, you should definitely consider getting a CoolSculping appointment. Make sure that you only go to a professional CoolSculpting provider. And while it may seem that the CoolSculpting price of getting your own fat freezing machine is better by the numbers alone, you’ll save yourself more time and hassle by going to a professional.

Take the first step towards achieving your ideal body shape with us here at NJ Center for CoolSculpting. Call us at (908) 628-1070 to book an appointment now.