CoolSculpting Large Applicators: How Much Do They Cost? 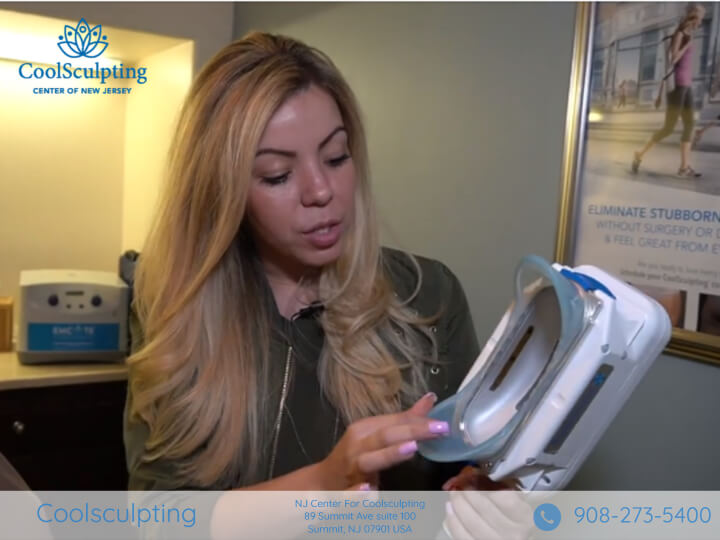 CoolSculpting is a non-invasive, fat freezing treatment that uses cryolipolysis to freeze and remove excess body fat from target areas. Gaining popularity in recent years, CoolSculpting applicators are currently available in different shapes and sizes, each specially designed to target certain areas in the body.

How Much Do CoolSculpting Large Applicator Treatments Cost?

Like it or not, money will play a huge role if you’re planning to undergo CoolSculpting treatments. Depending on the size of the specialty applicator, the cosmetic clinic you chose, and your preferred treatment plan, you’ll need to invest around $2,000 to $4,000 if you want to go through with it. This price will depend on where you want the procedure done and the number of sessions you’ll need.

However, compared with liposuction surgery and other fat removal treatments, CoolSculpting has relatively lower rates. Most weight loss and fat reduction procedures cost thousands of dollars at the very least, and they come with certain risks and side effects. With CoolSculpting, you can permanently get rid of excess fatty acids at a more affordable price.

Additionally, there are many ways for you to save money on CoolSculpting treatments. Many CoolSculpting providers offer treatment packages and customer specials that come with substantial discounts. It’s up to you to pick the best clinic that gives out these CoolSculpting promotions.

To know exactly how much you’re going to spend, you must get a quote from your chosen CoolSculpting specialist or clinic.

Why Get CoolSculpting Large Applicator Treatment?

Non-invasive and relatively affordable, CoolSculpting is an excellent option if you want to permanently shed your body’s excess fat cells. In fact, one of the reasons why it quickly got popular is due to the many perks it offers.

Fat reduction and weight loss are two different things. Losing weight involves shedding the fat deposits stored in your fatty cells. Meanwhile, fat reduction focuses on getting rid of the excess fatty cells themselves. CoolSculpting applicators aim to freeze and eliminate these fat cells, minimizing the fat deposits stored in your system and allowing you to retain your desired body contours.

Another great thing about CoolSculpting applicators is their versatility. Available in different shapes and sizes, they can easily address treatment areas in your arms, breast, buttocks, chin, stomach, and thighs. If you want to permanently reduce fat in any of these spots, you should consider getting treatment that uses a combination of large and small applicators.

Unlike liposuction and other fat reduction methods, CoolSculpting treatments can be undertaken even on a busy schedule. For one thing, the entire CoolSculpting procedure can take only an hour at most to complete. Some treatments can even take as short as 30 minutes. By choosing CoolSculpting applicator fat removal, you can stay on schedule and improve your figure at the same time.

CoolSculpting applicator treatments don’t require surgery, so they come with fewer risks than other fat reduction methods. No anesthesia is necessary for the procedure, and there won’t be any bleeding afterward. Plus, the entire cosmetic procedure is significantly less uncomfortable than other treatments. Granted, you’ll feel some pinching and tugging afterward. But these side effects will gradually fade even while the applicator is doing its job.

One of the reasons why people frown upon liposuction surgery is that it will leave a scar. Granted, expert surgeons can make small and discreet incisions, but it will nevertheless leave you with a permanent mark. By opting for CoolSculpting treatment, you’ll be able to avoid any scarring issues altogether. What’s more, it’s a great alternative if you have a history of scarring or if you’re prone to have keloids.

Since CoolSculpting targets your body’s extra fatty cells, you can enjoy permanent results after just one session. The only exception to this is your stomach area, which will require two or more large applicator treatments for you to obtain the desired effects. In any case, it’s highly recommended that you talk to your cryolipolysis specialist so you can determine the number of fat-freezing sessions you’ll need.

Initially developed and tested for the area in the abdomen, CoolSculpting technology has since been expanded to reduce fat from other parts of the body. Presently, specific applicators can easily target the arms, back, breast, buttocks, chest, chin, stomach, inner and outer thighs, and more.

So how much does Coolsculpting cost large applicator use?

Below are some of the CoolSculpting large applicators in use today:

Considered the workhorse among the Advantage series, the CoolAdvantage is notable for its versatility. It can be used to address large target areas while being small enough to be used for spot treatments. The CoolAdvantage applicator is best used on the lower and upper abdomen, flanks, and other specific areas, and it can easily help you deal with issues like love handles, bra fat, banana rolls, and whatnot.

As the heavy lifter among the CoolAdvantage applicator line-up, the CoolAdvantage Plus is perfect against big, bulky target areas in the upper and lower abdomen. This CoolSculpting device performs 25% faster than its predecessors, and it can treat pinchable fat and stubborn fat deposit in 45 minutes or less.

While most other large CoolSculpting applicators are suitable for people with pinchable fat, the CoolSmooth Pro is designed to treat the opposite. The device is perfect for non-pinchable fat cells, and it can be used alongside body contouring to help you achieve your desired result. Plus, the CoolSmooth Pro comes with a special non-suction applicator that warms dense fat before freezing it.

As the largest CoolSculpting applicator available, the CoolMax is capable of freezing large quantities of stubborn fatty cells in the least amount of time. Its large suction applicator doesn’t only target extensive pockets of fat bulge but also treats wide circumference spots on your belly and abdomen.

Things to Remember Before Getting CoolSculpting

You shouldn’t undergo CoolSculpting applicator fat removal unless you fully understand it. There’s more to it than its benefits and costs, after all. So before making an appointment with a cryolipolysis specialist, you need to make sure you’re well informed about CoolSculpting.

1. It’s Not a Weight Loss Method

As mentioned earlier, there’s a difference between fat reduction and weight loss. While CoolSculpting treatments can help you achieve your ideal body shape, its ultimate job is to get rid of the excess fatty cells in your system. So you shouldn’t treat it as a weight-loss tool and forgo proper diet and regular exercise.

Both liposuction and CoolSculpting are clinical fat reduction methods that can yield permanent results. However, that doesn’t mean they’re one and the same. For starters, liposuction involves surgery, while CoolSculpting uses non-invasive applicators. CoolSculpting also takes the cake in terms of price, being more affordable than liposuction. Plus, CoolSculpting is great for getting rid of stubborn fat that’s only skin deep, whereas liposuction is ideal for reducing larger amounts of fat and weight.

3. It’s Not for Sagging Skin

While CoolSculpting applicators are effective against fatty acids, they won’t be able to help you deal with excess or loose skin. If you want to get rid of this problem, best consult your trusted physician or CoolSculpting practitioner for the best skin-tightening procedures. Arm lifts and ultrasound can usually do the trick, but you should still ask your doctor for any secondary, alternative solutions for sagging skin.

4. There Are Side Effects

Certified by the FDA, CoolSculpting is one of the safest medical treatment options when it comes to reducing stubborn fat cells. However, it can still cause certain side effects. For example, it can sometimes leave a tugging sensation at the treatment area that can last for a couple of hours. You’ll also have to deal with temporary redness, swelling, and bruises, which will subside after a few weeks. Thankfully, these and other side effects are not something you should worry about, and they’ll gradually fade with time.

Despite its safety, CoolSculpting isn’t suitable for everyone. For example, clients with weak immune systems can’t undergo the applicator treatment since their bodies might not be able to handle the cold. You’re also not qualified for CoolSculpting if you’re pregnant or breastfeeding since it could lead to medical complications. Additionally, you can’t get the procedure if you’re dealing with inflammatory skin conditions, chronic pain, anxiety disorders, and other medical issues.

If you want to eliminate stubborn fat, CoolSculpting offers a great alternative to liposuction, tummy tuck, and other fat reduction medical solutions. Non-invasive, effective, and affordable, it’s one of the best treatments to help you achieve your ideal physique.

If you’re looking for a great CoolSculpting clinic, then best visit the New Jersey Center for CoolSculpting. With our team of doctors, aestheticians, and physician assistants, we’re among the best clinics in Summit, New Jersey to get cryolipolysis treatment.

Want to know our CoolSculpting cost? Give us a call to get quotes or make an appointment.