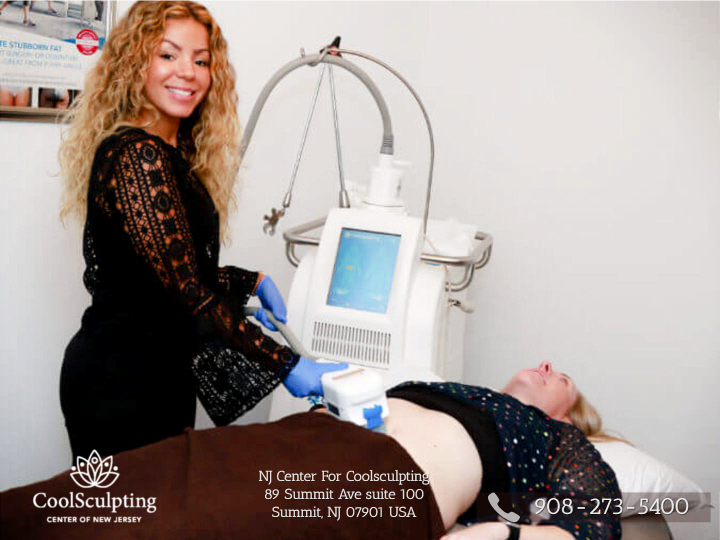 Body contouring is the latest trend for permanent fat reduction, and CoolSculpting is one of its most popular variants. CoolSculpting delivers permanent results, using technology that freezes fat cells, which the body then metabolizes into waste after 1-3 months. This procedure might seem too good to be true, and many patients wonder if there are any downsides to CoolSculpting.

So is it possible for CoolSculpting to go wrong? As far as most body contouring procedures go, CoolSculpting is safer as it is noninvasive, which means it doesn’t require any anesthesia or incisions. While there are still some risks and side effects, as is expected in any cosmetic procedure, CoolSculpting is widely considered as the more preferable option in surgical fat removal because of the high chance of success and much fewer risks associated with the procedure.

CoolSculpting is a noninvasive procedure that utilizes controlled cooling to break down stubborn fatty tissues. This is also sometimes called cryolipolysis.

CoolSculpting’s patented technology uses applicators on the skin’s surface to suction and to cool the fat cells. After extracting energy from the fat tissues, the cells gradually die and are metabolized a few weeks after treatment.

Some benefits of CoolSculpting are:

The “Stick of Butter” Effect

For the most part, CoolSculpting has a good safety record. In almost every case, it works as it is supposed to with the applicators freezing and disintegrating the fat cells before the body disposes of it.

However, there have been rare cases where the fat cells expand instead, hardening into an unnaturally shaped lump in response to the cold. This condition is called paradoxical adipose hyperplasia (PAH), though it is sometimes referred to as the “stick of butter” effect. Instead of shrinking, the bulge supposed to be treated by CoolSculpting grows bigger and firmer than its surrounding tissues. It sometimes resembles a stick of butter because of the shape of the applicator’s suction.

The real number of cases where paradoxical adipose hyperplasia occurs during cryolipolysis is not certain. Initially, it was thought that PAH only happens in 1 out of 4000 cases, but some studies suggest that it may occur in 1 out of 138 cases. Doctors and researchers have yet to understand why this occurs, but

On a positive note, visible enlargement in the treated area can be successfully be reduced by surgical intervention after 2-5 months, as the fat needs to soften.

CoolSculpting Side Effects and Risks

Aside from the stick of butter effect, there are a few side effects and risks to CoolSculpting.

For patients who have had a recent surgery, a pre-existing hernia, or other sensitivities and allergies, it is important to advise your doctor regarding this prior to your cryolipolysis treatment.

Similarly, you should not undergo cryolipolysis if you have the following conditions since these put you at risk for serious complications:

How Safe Is CoolSculpting?

Overall, CoolSculpting is still one of the safest fat freezing procedures. No life threatening or debilitating effects have been reported since cryolipolysis was introduced in 2012. Paradoxical adipose hyperplasia is a side effect that may cause some concern, but it has an incidence rate of around 0.0051% and can easily be corrected through laser treatment or liposuction.

CoolSculpting it at its most effective with an experienced doctor, proper planning, and multiple sessions to maximize results.

Three Tips To Get The Best CoolSculpting Results

1) Work With An Experienced Doctor

CoolSculpting is at its safest with a board-certified doctor at an accredited, hygienic clinic. A plastic surgeon will be familiar with all the risks involved with the treatment, and has been trained to perform the procedure multiple times. You can help minimize potential risks by consulting with a plastic surgeon you trust, and avoiding DIY cryolipolysis procedures using store-bought products or ice packs.

Most doctors have also observed that patients can tolerate the mild discomfort well during treatment. This has largely been helped by a relaxed and pleasant procedural setting. Most med spas who offer CoolSculpting let their patients nap, read books, watch television, or even use their laptops during the treatment.

Evaluation is key with CoolSculpting since it was designed for patients who are looking for mild improvements and help truly stubborn love handles go away in the following treatment areas:

Aside from deciding where you will have cryolipolysis done, most doctors have many considerations before they qualify a patient as a candidate for fat reduction. Age and skin quality are important factors, as a doctor will try to picture how the area will look once the volume is removed.

Candidates also should be as close as possible to their ideal weight, or else the treatment will not be effective. Additionally, candidates should have enough fat cells so that once the bulge is removed, the area will not look indented.

Having multiple CoolSculpting sessions over time can help lead to amazing results. According to one study done by a dermatologic surgeon in New York, having a second treatment within 30 to 60 days after your initial treatment can enhance the original results.

The NJ Center for CoolSculpting has an experienced team of board-certified physicians and highly trained staff who prioritizes each patient’s safety and comfort. We have performed over 5,000 CoolSculpting treatments to highly satisfied patients at our luxurious clinic.

Before undergoing treatments, patients will consult with our team of doctors to check if they are eligible for the procedure. Our board-certified cosmetic surgeons will also thoroughly discuss with each patient how the procedure works so they can make an informed decision. Sign up for a consultation today and get trusted advice from New Jersey’s five star CoolSculpting clinic.

Learn more: Why Is CoolSculpting So Expensive?