CoolSculpting For Saggy Breasts in Men and Women 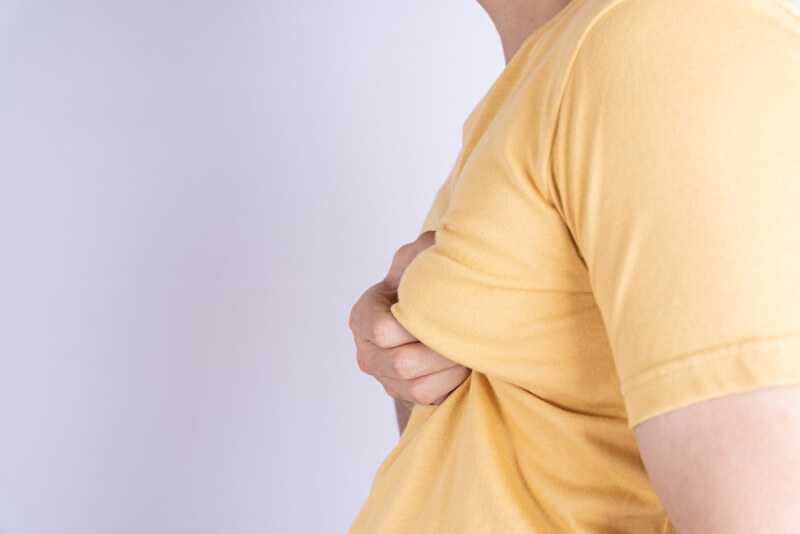 While it seems like everyone, especially women, would give anything to have bigger breasts, there are actually people who want to lessen their breast size. Not only do they have to deal with the physical discomfort, there’s also the social embarrassment that comes with having a saggy chest. For those who are in this situation and still not sold on the idea of getting breast surgery, a non-invasive alternative such as CoolSculpting may be the answer.

Knowing the costs and the long recovery time that comes with breast surgery, it’s a relief that a non-surgical procedure such as CoolSculpting can serve as an alternative to those who want to get breast reduction. An increasing number of plastic surgeons are offering CoolSculpting to treat gynecomastia, a condition among males having excess fat cells in their chest area.

CoolSculpting can help eliminate fat cells that are causing these male chests to enlarge. The procedure can remove around 20% of fat deposits with gradual but sure results. In some cases, a patient will require multiple treatments to get the desired CoolSculpting results.

In breast reduction surgery, liposuction is the main technique used to trim down the treatment area. In traditional liposuction, a cannula is inserted into the target area to suck out the unwanted fat. Recent developments are making use of laser energy to melt the fat away and suck it out in a gentler manner, which makes the recovery times shorter compared to cosmetic surgery.

In comparison, a CoolSculpting procedure works externally by using a non-invasive applicator to suck the skin of the treatment area between its two cooling panels. The CoolSculpting applicator will then freeze the treated fat cells without harming the other cells and the surrounding tissue. While it may not produce the dramatic results that surgery brings, the results of CoolSculpting may be good enough for a lot of people, especially those who want to get rid of stubborn fat but don’t want a surgical procedure.

Enlarged male breast tissue, also called gynecomastia, is most commonly caused by super elevated or imbalanced male estrogen levels. It can affect one or both breasts and can occur naturally at different times in a man’s life. It can be right after birth as newborn boys are still under the effects of the estrogen from their mothers while they are still in the womb.

It usually goes away within two to three weeks after birth. He can also get it during puberty, when hormone levels are changing. This usually occurs among those 12 to 14 years of age. It recedes six months to two years after the start of puberty.

Gynecomastia can also happen to men during their midlife stage and beyond. External factors also come into play, such as obesity, weight loss, thyroid problems, kidney failure, and liver disease. Certain drugs, such as anabolic steroids, amphetamines, and marijuana, can also cause it.

CoolSculpting can be used as off-label fat reduction to reduce the size of male breasts safely and effectively. It does come with some caveats. Before the doctor clears you for the procedure, he has to check for any breast tenderness, nipple inversion, tumor, or milk production. For optimal results, you may need to undergo multiple sessions, including the underarm breast roll.

Also, any residual breast parenchyma or breast gland tissue will not be reduced by CoolSculpting and this may leave a firm and more dense ptosis or sagging. These considerations will be discussed by your doctor or plastic surgeon during your initial consultation.

For women, CoolSculpting is more useful in eliminating bra fat and getting a skin tightening effect with it as far as treatment in the breast area is concerned. The cosmetic procedure works really well for reducing the unsightly fat bulging from the firm elastic band of the bra. Exercise may help lessen the overall fat, but it can be really challenging to firm and tone this area.

A CoolSculpting session gets rid of the fat bulges on one or two sides of the bra strap, as well as the fat around the strap that goes around the back. This makes wearing sweaters, sleeveless dresses, and swimsuits more comfortable.

CoolSculpting for bra fat will yield gradual results and it can take weeks or even months to get the full effect, especially if you have more than one or two sessions. The fat cells destroyed by the freezing technique will be flushed away naturally by your body’s lymphatic system to reveal a slimmer and more toned body shape. But this takes time since your body is naturally processing the dead fat cells from the fatty tissue out of your system.

Get Firmer Breasts Without the Surgery at NJ Center for CoolSculpting

The NJ Center for CoolSculpting provides the safest, most effective customized aesthetic body contouring procedures by utilizing the latest advances in non-invasive cosmetic treatment and technologies. As a patient, you get to enjoy treatments for your excess skin and sagging breasts in a serene and luxurious facility and served by a team of board-certified doctors, certified aestheticians, and licensed physician assistants.