How Much Does CoolSculpting Cost for Buffalo Hump? 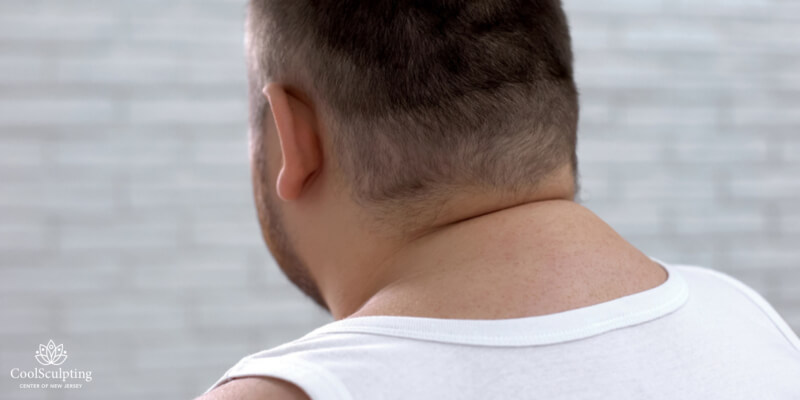 Excess fat in the body is caused by poor diet, too much consumption of carbohydrate-rich food, and lack of activeness and exercise. When left untreated, it can lead to physical deformities that may cause discomfort to a person’s way of living. It may also pose serious health problems like cardiovascular diseases, diabetes, and obesity.

When it comes to buffalo humps, you may ask: How much does CoolSculpting cost for buffalo hump? CoolSculpting is one of the popular body-contouring procedures and involves the freezing of fat cells underneath the skin. It’s an FDA-approved non-surgical treatment and doesn’t require exposing the patient to incisions and anesthesia. Like most cosmetic treatments, the price of CoolSculpting may be pricey and varies per person depending on different factors.

How Much is CoolSculpting?

CoolSculpting is a treatment that requires a customized plan. Upon consultation for the procedure, the interested patient will get asked about their goals and desired outcome. With this information, the surgeon will then suggest a treatment approach that suits the needs of the person.

The cost for a CoolSculpting procedure is determined by the size and location of the treatment, frequency of sessions, applicator or machine used, and even the place of residence. In 2017, the American Society of Plastic Surgeons (ASPS) released a guideline estimating that the average fee for CoolSculpting was $1,481. Today, it may even go as high as between $2,000 and $4,000.

Some of the most problematic areas for excess body fat are the face, arms, stomach, and thighs. When treating smaller areas like the double chin and arms with CoolSculpting, it may cost around $650 to $900 per treatment. For fat cells in large abdominal areas and around the belly, the procedure may be priced up to $1,500 per session. Meanwhile, removing fat both in the outer and inner thigh may cost $4,000.

What Is Buffalo Hump?

Buffalo hump is the layman’s term for the condition where there’s a buildup of stubborn fat in the area between the shoulders near the back of the neck. It's also known by its medical name, “Dorsocervical fat pad.” Most of the time, a buffalo hump doesn’t present any life-threatening symptoms, but it can still cause distress, interrupt movements in the neck, and cause the loss of normal sleep.

The accumulation of fat deposits behind the shoulders may be an effect of a preexisting condition known as Cushing’s syndrome or hypercortisolism. This occurs when the body produces too much of the hormone cortisol. Cortisol is an essential steroid hormone found in the adrenal glands that regulates normal bodily functions such as metabolism and immune response. It’s also vital in processing proteins, carbohydrates, and fats in the body.

Cortisol fuels triglycerides (a type of fat lipid found in the blood) and transports them to storage in the visceral fat cells. When an individual is exposed to stress, they experience high levels of cortisol which can trigger their coping mechanisms such as stress eating and lead to a release of triglycerides, elevated cholesterol, high blood sugar, and weight gain.

Cushing’s syndrome redistributes weight gain across other areas in the body such as the neck and shoulders. Both the transfer of fat and hormonal imbalance cause the hump size to grow over time. In worst cases, this syndrome may also result in bone loss, type 2 diabetes, and high blood pressure.

Likewise, buffalo humps may develop as a side effect of prescription medicines such as those used to treat obesity and acquired immunodeficiency syndrome (AIDS) or lipodystrophy. Long-term use of steroids like cortisone, hydrocortisone, and prednisone may also cause buffalo humps.

It may also form due to osteoporosis which is a medical condition often characterized by a lack of hormones and low calcium intake. It results in bone thinning and brittleness which may lead to serious deformities and increase risks of bone fracture in the spine, hip, and wrists.

Over time, the fat buildup of buffalo humps can worsen and develop fractures in the vertebrae, causing the spine to bend forward. It can result in a condition called kyphoscoliosis which is a combined spinal disease of scoliosis (abnormal curving on the coronal plane) and kyphosis (spine twisting forward or backward on the sagittal plane). Most instances of kyphoscoliosis may be treated with a back or neck brace, a prescription medication for pain management, physical therapy, and surgery.

How Is Buffalo Hump Diagnosed and Treated

Buffalo humps can be treated naturally by inducing certain lifestyle changes. Regular exercise such as jogging, yoga, and jumping can help lose body weight and eventually reduce fat accumulated due to obesity. Following a healthy and nutrient-filled diet can strengthen bones to prevent osteoporosis and avoid muscle pains and joint aches.

If the humps are formed due to other medical causes or prescription drugs, a visit to the primary physician is recommended. Before determining the right course of treatment, the surgeon will inquire about your medical history. They may also conduct a series of physical exams to determine other possible causes of buffalo humps:

Upon the patient’s diagnosis, doctors may present various surgical options to remove fat in the shoulder and upper neck area. These treatments use different unique techniques but offer the same desired results. The two common procedures for removing fat are:

Liposuction is a cosmetic surgery option that sucks fat cells out of the body through the use of surgical equipment. Along with tummy tuck, breast augmentation, and Brazilian butt lift, it’s also a popular mommy makeover procedure that helps women regain their pre-pregnancy body by contouring their hips, thighs, and buttocks. It works by removing pockets of fat and evening out irregular body shapes.

A patient who opts to receive a liposuction procedure will be administered with local anesthesia before making small incisions on the skin. A tube or a pump is typically used to vacuum the fat out of the body. Loss of fat through liposuction is permanent but there are certain risks to consider like infection and scarring at the incision site. There are also three types of liposuction procedures among which patients can choose to be treated:

CoolSculpting uses a patented technology known as cryolipolysis. It was approved for cosmetic use by the Food and Drug Administration in 2012. Since then, it’s been considered an effective method for diminishing fat deposits that can’t be removed by regular diet and exercise.

Fat cells are more vulnerable to cold temperatures. With cryolipolysis, it uses a cooling technique that freezes the fat under the skin around target areas like thighs, abdomen, arms, and chin. When frozen over time, the fats will undergo their natural removal process by the lymphatic system. This leaves the treatment area looking flatter and more defined.

The treatment is usually performed by a board-certified plastic surgeon. They will apply a gel pad and applicator that will act as the cooling stimulant to the targeted fat. For buffalo hump removal, this will be applied in the area between the neck and shoulders. A machine or vacuum device will then be moved around the skin to suction out the fat which may trigger minimal sensations of pain, tingling, or stinging. They may also massage the treated area to assist with the breakdown of fat.

A session of CoolSculpting may take an hour with minimal downtime, so patients can return almost immediately to their activities. After receiving the treatment, patients may expect to see full results within 4 to 6 months. A successful cryolipolysis can permanently get rid of up to 20% of fat.

What Makes CoolSculpting Worth the Money

Among the available options for fat reduction, CoolSculpting is one of the most expensive alternatives. However, most of the cost for this treatment is justified as this procedure solves the excess fat problem without any side effects. Globally, over 4,000,000 cryolipolysis treatments have been administered since its approval. Other reasons that make CoolSculpting a better and more preferred cosmetic procedure for fat removal are:

Learn more: Why Is CoolSculpting So Expensive?

Cryolipolysis effectively freezes and removes the fat lipids permanently. But after some time, new lipids may generate in the skin. To maintain optimal results and prevent the reappearance of fat, patients may opt for multiple sessions of CoolSculpting. They will have to consult with their dermatologists to determine when they will return for their treatment.

As with all treatments, individuals may also be advised to follow certain aftercare tips to retain the results of the procedure such as:

CoolSculpting is a revolutionary procedure that applies a cooling technique to freeze fat cells in the body. While it may be costly, the long-term results and benefits that it offers for each individual make it worth its price. It can work effectively to remedy the appearance of buffalo hump, providing ease of mind by removing unwanted fat in the neck and shoulders area.

Get your personalized fat reduction treatment plan at NJ Center for CoolSculpting. Our clinic boasts of seasoned doctors and licensed aestheticians who are experts in their field and fully capable of body contouring solutions. We’re committed to providing the best treatments so you can have a safe and successful CoolSculpting experience. Contact us now and schedule an appointment to get started.