What Is The Satisfaction Rate Of People Who Use CoolSculpting 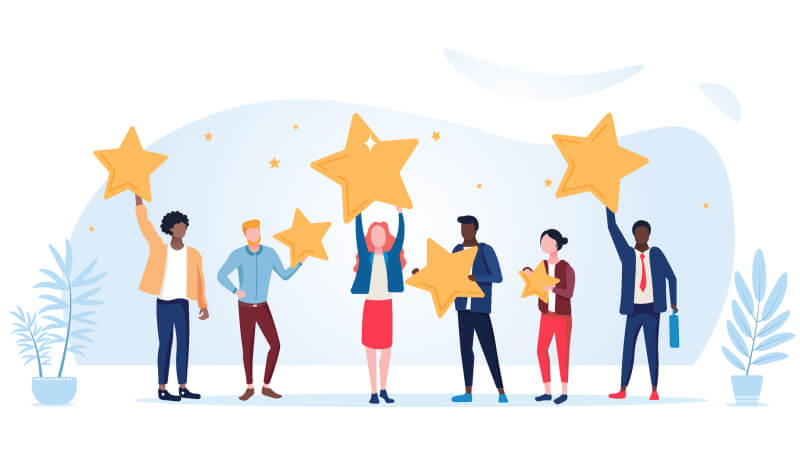 Over the years, there have been numerous breakthroughs in cosmetic procedures and body sculpting treatments. CoolSculpting, or noninvasive cryolipolysis, is among the popular fat reduction techniques widely performed to help individuals get the body shape they’ve always wanted. With its proven safety and efficacy, the treatment can be considered as the gold standard for nonsurgical body contouring.

How High Is Customer Satisfaction For CoolSculpting Treatmen

These numbers can be attributed to the high patient satisfaction rate that CoolSculpting has received. In a comprehensive review and multicenter study done in Belgium and France, researchers discovered CoolSculpting’s high efficiency and satisfaction rate for reduction of fat bulges in the abdomen, lower back, and flanks.

The said study followed 518 patients who received CoolSculpting treatments. After their procedures, the participants shared their experiences and showed positive responses about CoolSculpting. For one, patients had no serious side effects or adverse events from the treatment. Their results were also evaluated with before-and-after photos and it was found that the individuals achieved 23% fat reduction after three months post-treatment.

When the participants answered a patient satisfaction survey, at least 89 percentage of patients expressed satisfactory responses about CoolSculpting and 96 percent claimed that the treatment was an overall comfortable procedure. From the survey respondents, 82% mentioned that they would recommend the treatment to their acquaintances.

Zeltiq Aesthetics, the company that markets CoolSculpting devices, has also done their own clinical studies and have shared the satisfaction rates for each of the common treatment site. CoolSculpting results for abdomen had garnered 62% satisfaction among studied patients, 93.3% was reported for inner thigh treatment, 86.5% for outer thigh, and 83.3% satisfaction for submental fat area or double chin.

Studies also indicate that an average of 86% to 90% of individuals have shown significant improvements, with effects gradually improving by maintaining healthy weight and active lifestyle.

Thanks to CoolSculpting, patients now have the option to remove unwanted body fat and reduce fatty bulge without surgery or liposuction. This fat reduction technique is based on the science that fat cells are most susceptible to damage when exposed to cold temperatures unlike other cells in the body.

The procedure uses a CoolSculpting applicator that delivers controlled cooling to the fat cells underneath the skin. Some applicators use vacuum technology to lightly suction the excess fat  to the applicator cup while others do not. The frozen fat cells will be eliminated from the body through the lymphatic system.

Most fat bulges are made up of subcutaneous fat that have accumulated in a thick layer beneath the skin. However, these fat cells are not exempt from the fat freezing process and they can be easily diminished via CoolSculpting. The device only freezes the targeted stubborn fat cells so there’s no need to worry about harming the surrounding skin tissues.

2. Can be used to sculpt any part of the body

There are many types of CoolSculpting machines today which make it possible to freeze fat cells in almost any area of the body. The most common areas where you can perform CoolSculpting are the upper arm, belly fat, abdomen, inner thigh, outer thigh, breast, bra bulge, back fat, and banana roll or under the buttocks. There’s also the special CoolMini device that can treat double chin or neck fat.

CoolSculpting is a completely nonsurgical procedure, which means there’s no going under the knife and making incisions on the skin. Patients report minimal discomfort during a CoolSculpting session and this is mainly due to the mild pinching or tugging sensations felt as the applicator draws the fat bulge to the cooling cup. The entire treatment is still highly tolerable and safe even without needing anesthesia.

CoolSculpting is one of the body contouring treatments that can be performed in under an hour. The actual procedure time may vary from patient to patient, as well as on the size of the treatment area but, in general, the treatment is fast and simple in-office procedure.

There is also no need for recovery period or downtime and patients can return to their normal activities right after. Most post-treatment side effects like redness, bruising, swelling, and itching can be managed with medications or simple aftercare reminders. You may also experience some slight skin sensitivity or numbness in the treated area but these will only last for several weeks after the treatment. There are also adverse effects of cryolipolysis such as paradoxical adipose hyperplasia but they very rarely happen.

5. Improves overall quality of life for most patients

The appearance of visible fat bulges can not only affect a person’s appearance but also their confidence and their self-image. The results of CoolSculpting go beyond physical improvements and additionally provides a huge confidence boost to individuals. While it is not an alternative to weight loss, the percentage of fat reduced from the procedure can bring you closer to your dream body shape especially when coupled with healthy diet and regular exercise.

CoolSculpting VS Liposuction For Body Sculpting and Fat Reduction

Before CoolSculpting and other non invasive body contouring were made available, liposuction was the gold standard treatment for achieving better body contour and eliminating excess fat. It remains to be the no-fail surgical procedure but many people have been turning to non-surgical options for cosmetic enhancement.

The reason for this is that traditional fat removal is an invasive procedure done by a plastic surgeon. It typically requires putting a patient under anesthesia and the surgical team will use a thin tube or cannula to suction body fat. The doctor may also take away any excess skin during the procedure.

While liposuction has had high success and patient satisfaction rate over the years, some individuals often think twice about getting the treatment because of the post-surgical downtime. There’s also a possibility of complications after the procedure which is why some patients need to stay overnight at the hospital to be monitored.

Deciding between CoolSculpting and liposuction should always be done with the help of a professional aesthetic doctor. You will need to have an initial consultation to assess your body fat and skin condition. While body contouring is an effective treatment, its results are not as dramatic as a surgical liposuction. It’s also the better option when you need to remove greater amounts of excess fat in the intended treatment areas.

Is CoolSculpting For You?

CoolSculpting is a safe procedure for almost any skin tone and skin type. Unlike light-based treatments for body contouring such as low-level laser therapy, CoolSculpting does not pose any pigment issues or complications. Potential patients for CoolSculpting are individuals who are in good health condition, have normal body mass index, and are near their ideal target weight.

You should also have an adequate amount of pinchable fat in the treatment site. It’s recommended to have at least an inch of fat that can be pulled from the skin surface. This is applicable for applicators that have a cooling cup or suction technology. A patient should also have good skin elasticity. CoolSculpting can have moderate skin tightening effects but if you have severe skin laxity, you should consider getting a supplementary skin tightening treatment.
Your doctor will also ask about your medical history to know if you have any contraindications to CoolSculpting. Patients who have cold-related conditions such as paroxysmal cold hemoglobinuria, cryoglobulinemia, or any sensitivity to cold temperatures. In addition, individuals with open wounds, current skin infections, bleeding disorders, or scar tissue in the treatment site will be advised to avoid CoolSculpting in the meantime.

The body contour and shape of your dreams are within your reach with CoolSculpting treatment at NJ Center for CoolSculpting. We have a dedicated team of aesthetic professionals, board-certified doctors, and trained physician assistants who will guide you in every step of the way of your CoolSculpting experience.

Our NJ facility is equipped with the latest technologies and CoolSculpting machines used in body contouring and cosmetic treatments. We’ll help you achieve your body goals with an individualized treatment plan that addresses your specific excess fat concerns. Talk with a CoolSculpting specialist in our office today by calling our hotline and scheduling your consultation visit.