How Many Times Can You Do CoolSculpting On One Area? 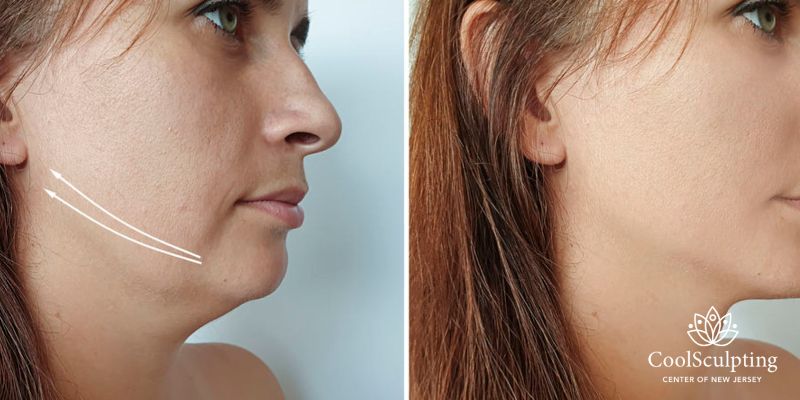 Healthy diet and exercises are the keys to staying fit. But sometimes, they aren’t enough to eliminate the stubborn fat deposits in the body. To get rid of these unsightly bulges without undergoing surgery, CoolSculpting is a non-invasive treatment that can freeze the fat and flush them out naturally.

How Many CoolSculpting Sessions Does a Treatment Area Require?

CoolSculpting is an increasingly popular non-invasive method to reduce body fat in different parts of the body, such as thighs, abdomen, arms, chin, and love handles. In 2018, there have been more than 4,000 locations in the country that offer CoolSculpting services.

Although it is an effective treatment to reduce the fatty bulges, CoolSculpting may require multiple sessions to achieve optimal results. One CoolSculpting treatment only removes up to 25% of the fat in the area, so most patients must undergo up to 3 sessions per treatment site.

Is There a Maximum Number of CoolSculpting Sessions?

Many patients have several CoolSculpting sessions done in multiple parts of the body where liposuction can’t be performed. There isn’t really a limit on how much sessions can only be done in an area – as long as there is pinchable fat in the treatment site, then CoolSculpting can still be performed.

Why Does CoolSculpting Require Multiple Treatments?

Unlike liposuction that removes all the unwanted fat in an area in just one procedure, CoolSculpting treatments require multiple treatments. One session of this treatment only manages to remove up to 25% of fat in the treatment area.

The reason why CoolSculpting can’t completely remove the unwanted fat in a single session most of the time is that it works quite slowly. CoolSculpting operates on the principle of cryolipolysis.

CoolSculpting is a new fat-freezing technology that uses a device to expose the fat cells to extreme cold and destroy them. It is a safe procedure that lets the body dispose of the frozen fat cells naturally. Since it involves a natural body process, it might take a few weeks to see the final results.

This treatment safely targets the fat in the treatment area without damaging the skin. It’s also painless so there’s no need to worry about getting frostbite during the treatment. You might feel intense cold in the area at the start of the treatment but the site eventually goes numb. Patients may also experience a pulling sensation at the site, but it’s completely tolerable.

If you’re aiming to remove around 50% percent of body fat in the same treatment site, then you need to prepare for at least two CoolSculpting sessions. Aside from the amount of body fat that needs to be frozen in an area, the recommended number of sessions also vary per body part:

Once the results of a fat reduction treatment have been observed, only then can the patient or doctor decide if additional treatments are necessary to achieve the desired body shape. Here is how the number of required sessions vary per body contouring treatment:

Although liposuction offers the least number of required sessions, it is a surgical procedure that involves fat removal in different parts of the body using a cannula. Like other plastic surgeries, liposuction will require a longer downtime. This treatment is also accompanied by many risks and possible side effects.

On the other hand, non-invasive procedures like CoolSculpting, SculpSure, Vanquish, and Kybella only kill the fat cells. They let the body flush out the dead cells, so the patient doesn’t need to worry about the destroyed adipose cells possibly returning to the specific area.

How Long is the Wait Between Treatments?

CoolSculpting is a non-invasive treatment that has little to no downtime. Most patients return to their usual routine within the same day as the procedure. But if you’re interested in getting additional CoolSculpting treatments, it’s crucial to wait for around 8 weeks first.

When you talk to a physician of a CoolSculpting provider, they will inform you of the required number of treatments to achieve the desired body shape. They will also discuss how long you need to wait in between sessions, which typically ranges from 8 weeks or more. The waiting time will depend on the amount of fat in the area and the rate of fat reduction.

Waiting in between treatment sessions is important because it takes a while before the results from the previous procedure show. This allows the body to properly expel the frozen and dead fat cells.

Should You Repeat CoolSculpting Treatments in an Area?

There are two main reasons why many patients repeat CoolSculpting in a treatment area. The first one is because the doctor required multiple sessions to achieve optimal results. Patients may also decide to get additional treatments in an area if they are not satisfied with the results yet.

Although the frozen fat cells can’t return to the treated site, new fat cells may still develop in the specific area which is why patients are advised to maintain a steady weight and healthy diet post-treatment. For patients who gained another set of stubborn fat in their bodies after the initial CoolSculpting, it’s still safe for them to undergo the same treatment as long as the fat is pinchable.

Will You Be at Risk of PAH After Multiple CoolSculpting Sessions?

One rare complication that may occur in CoolSculpting treatments is Paradoxical Adipose Hyperplasia (PAH). It refers to the abnormal growth of the bulge in the treated area. The bulge is typically firmer, like a “stick of butter” in the shape of the CoolSculpting applicator. Although it is not life-threatening, PAH is an unsightly side effect that can be solved by liposuction and abdominoplasty.

However, there’s no need to worry about the possibility of developing Paradoxical Adipose Hyperplasia (PAH) if you undergo multiple CoolSculpting treatments. Aside from PAH being a very rare complication, no evidence connects the frequency of getting CoolSculpting sessions to developing the condition.

Here at NJ Center for CoolSculpting, we are dedicated to providing the best treatments to help achieve your desired body shape. Our team of licensed physician assistants certified aestheticians, and board-certified doctors will guarantee a safe procedure and long-lasting results for you.

Learn more: Can You Freeze Your Fat At Home?