How Does Fat Leave Your Body After CoolSculpting? 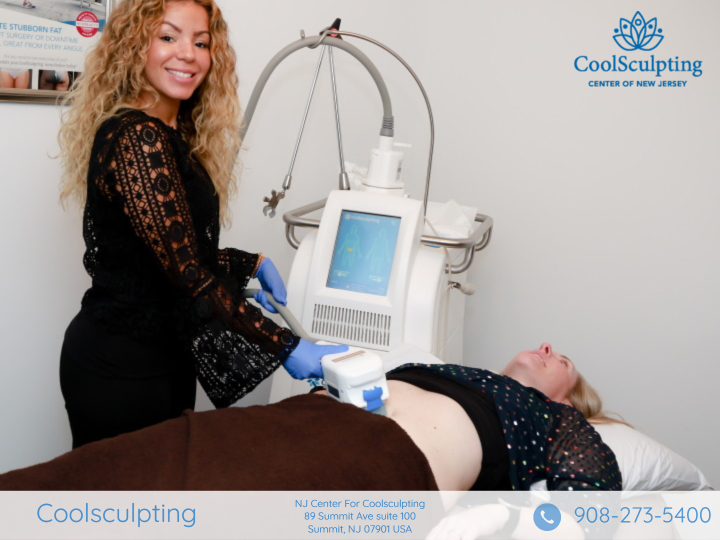 CoolSculpting is a fat removal procedure that uses freezing technology to destroy fat cells. Compared to traditional, invasive methods of fat loss, CoolSculpting doesn't involve the physical extraction of fat from the body.

The Science Behind Fat Freezing: How CoolSculpting Removes Fat

Fat cells can only survive at certain temperatures. When you get a CoolSculpting treatment, cooling instruments will be used to freeze the fat cells underneath your skin until they crystallize and die. The dead cells are then converted into waste, processed by the liver, and flushed out of your body along with all the other cells that naturally die on a daily basis.

A typical fat freezing procedure will begin with the application of a protective gel pad, followed by a 35-60 minute treatment under a cooling applicator or pad. During this time, the suctioned fat underneath the skin goes through inflammation while the  surrounding cells, tissues, and nearby organs remain unharmed.

The basis for this non-invasive nonsurgical procedure is a phenomenon called “popsicle panniculitis,” wherein children who frequently ate ice cream and popsicle sticks formed dimples in their cheeks. Two doctors from Massachusetts General Hospital, Dr. Dieter Manstein and Dr. R. Rox Anderson were the ones who spearheaded the idea of duplicating this process for cosmetic purposes with the use of technology.

To put it simply, CoolSculpting is considered one of the most popular and safest fat-elimination procedures because it merely tries to replicate the natural process and responses of the body. On top of that, the risks that usually come with other body-sculpting cosmetic procedures are significantly reduced because the procedure requires no incision, anesthesia, or tissue manipulation.

Can You Use CoolSculpting For Weight Loss?

While fat freezing is highly effective at removing fat from targeted areas, it is not a substitute for a weight loss program.

Weight loss refers to the reduction of total body mass, which is a composite of fluid, tissue, muscle, and body fat. People often make the mistake of stopping at fat when they try to manage their weight, but muscles also contribute largely to the numbers on the weighing scale. You might engage in sports or hit the gym to achieve a slimmer and more toned figure, but it’s likely you will gain weight from gaining more muscle, even if you lose fat in the process.

Anyone overweight or with a body mass index above 25 is a candidate for a weight loss program, which can consist of the following:

The results of fat freezing on the other hand are best seen in people who are already within 25-30 pounds of their ideal body weight and are looking to eliminate stubborn bulges of fat that haven’t responded to either workout or diet. It is not meant to be a treatment for obesity like most weight loss programs are.

While CoolSculpting can promise up to 25% fat reduction with return visits, the results still look differently from patient to patient because of certain key factors like genetic makeup, body structure, personal goals, and lifestyle. For example, a person who does circuit training on top of her CoolSculpting treatment is bound to see more visible and long-lasting results than a less active CoolSculpting patient.

How Long Does Fat Loss Take

As mentioned earlier, our bodies have different metabolisms and responses to treatment. Some bodies can process and filter out dead fat cells quickly while others don’t. That is to say, the timeline of results will vary from person to person.

On average, CoolSculpting patients start to see visible changes within 3 weeks after their first treatment, but it’s very possible to see them weeks or even months later than that. The full and final results are best measured three months after the first session. If you wish to make any improvements after that, you are free to either schedule a second or third session, or use the results of the treatment as motivation to exercise.

What To Expect After CoolSculpting

Fat cells are still very much capable of expanding and contracting depending on the lifestyle of a person, but CoolSculpting effectively lowers the fat cell count in the body, making any possible expansion much more manageable with the help of diet and exercise.

Are There Side Effects To Fat Loss From CoolSculpting?

The side effects of CoolSculpting are quite rare and minimal, and are usually indicators of the procedure working.

Some immediate side effects on the treated area/s include:

On some occasions, a few side effects can persist after a few days, such as:

People with the following conditions are not eligible for CoolSculpting for risk of adverse side effects:

Post-treatment pain from cryolipolysis treatment averages a time period of only 3-11 days, with the pain ranging from mild to tolerable. This pain has also been described as a latent kind of tingling or stinging or soreness that is similar to the aftermath of an intense workout or a minor muscle injury.

Some patients with higher levels of pain tolerance are known to schedule their treatments during lunch breaks in between work hours--even gym hours, as if it were as quick and as ordinary as a regular dental check-up.

As for the post-CoolSculpting portion dating 2-3 weeks into the treatment, there have been no known reports of any discomfort during bowel movements, loss of appetite, or latent physical pain from the treated areas.

How to do aftercare and maintain the results: Not an extensive amount of work or maintenance is needed after a CoolSculpting treatment, although the changes in your body shape can always benefit from a healthy diet and a regular dose of exercise.

It’s also important to remember that the results of CoolSculpting are measured by body fat percentage, not in pounds or kilos. This means that instead of preserving a number on the weighing scale, you should measure the change in inches and body fat percentage.

You can schedule your first treatment at New Jersey CoolSculpting Center, or consult with a provider for a personalized treatment plan.