How Many Times Do You Have to Do CoolSculpting? 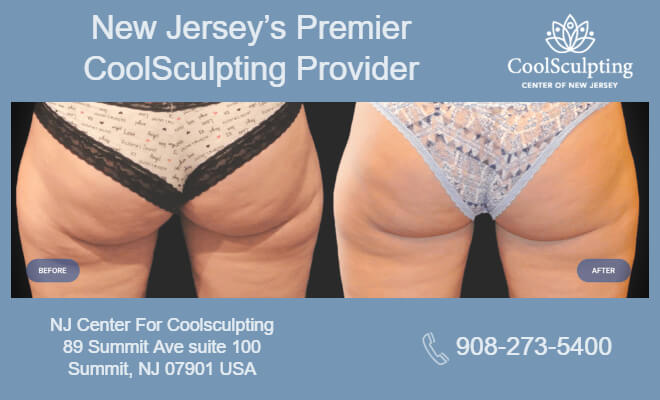 Among all the fat reduction trends on the market today, CoolSculpting is one of the newest, noninvasive procedures now available. By freezing lipid cells in unwanted areas, the process can rid your body of excess fatty pouches.

So how many times should you do CoolSculpting? You may need anywhere from 1-3 treatments, depending on how the stubborn fat bulges respond to the procedure. In some cases, multiple treatments are prescribed if the initial results did not get rid of the stubborn fat.

CoolSculpting is a patented cooling technique that reduces excess lipids in target areas. Cleared by the Food and Drug Administration (FDA) in 2012, this noninvasive procedure is based on the science of cryolipolysis. Cryolipolysis is a treatment modality which utilizes the cell’s response to cold temperatures to break down lipid tissues.

After extracting energy from the layers of lipids underneath the skin, the fat cells die gradually and are disposed of by the lymphatic system a couple of months after treatment. The procedure targets the stubborn lipids which are not responsive to diet and exercise. CoolSculpting is FDA-cleared for use on visible bulges in the following areas:

The Number of Times You Should Do CoolSculpting

As it is still a fairly new procedure, many CoolSculpting experts don’t have an exact answer for everything just yet. However, most doctors would prescribe doing the procedure anywhere from 1-3 times.

According to a study done by a dermatologic surgeon in New York, doing a second treatment within 30 to 60 days after your initial treatment can enhance the results. The study found that the first treatment triggers an inflammatory response from the fat cells, which dissolves the lipids in 60 to 90 days. By performing a second treatment within the first 60 days, you generate a stronger inflammatory response, which destroys more fat cells

Third sessions are usually prescribed for larger areas of lipids, such as in the abdomen. Patients who are not satisfied with the initial results in the treated area may need to have multiple treatments done.

The great thing about CoolSculpting is that its effects are permanent, so long as you don’t gain additional weight. The lipids that were frozen, died, and removed by your body will not grow back. However, new lipids can grow in its place. This is why cosmetic surgeons highly recommend a healthy diet and lifestyle for many CoolSculpting patients, as it does not replace actual weight loss.

Reasons to Have Multiple Sessions

There are two main reasons to have additional sessions:

Perhaps you noticed that it didn’t contour your body the way you wanted it to, or that you didn’t fit into your clothes any better. You can then decide to have a second session, since the first procedure didn’t remove as many lipids as you hoped.

Maybe you were already happy with the initial results, but you decided you wanted to remove fat that grew to replace the dead lipids. This could happen months or even years down the line. Some surgeons observed that this happens with women who had their first session when they were in their mid-20s. These patients would then come back a few years later after they had children, as they wanted to remove the “pouch” leftover from pregnancy.

There are some risks involved for patients who continually undergo the CoolSculpting procedure. Long-term numbness in the area or even frostbite may develop due to frequent sessions.

Another risk may be losing too many lipids. In order to do lipid removal treatments, a patient must still have lipids that can be removed. Otherwise, they may risk removing too much that the treatment area would look concave or indented.

The Benefits of CoolSculpting

CoolSculpting is rising in popularity as the preferred treatment for unwanted lipids, as many treatments for lipid removal and weight loss are risky and are inadequate in addressing the problem. Many people have turned to this form of body contouring because it is noninvasive, permanent, effective, safe and convenient.

The NJ Center for CoolSculpting boasts a team of board-certified doctors, certified aestheticians, and licensed physician’s assistants who are leaders in body contouring solutions.

Since every patient is different, our physicians are dedicated to finding the right treatment program for body contouring. We’ll consult with you after the first procedure to determine if you will need additional sessions to keep your body looking lean and fit. We have performed thousands of CoolSculpting treatment sessions in our office, and we are committed to our patients’ safety and satisfaction.

Consult with us at our clinic in NJ, and we’ll give you $1000 off on your initial treatment.